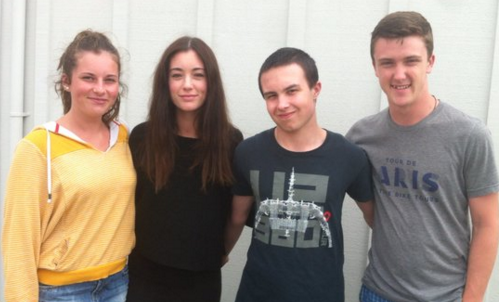 We are delighted to announce some exceptional results from Paraparaumu College students in the 2015 NZ Scholarship Awards.  Paraparaumu College students gained a total of 29 awards, the best result in the College’s history.  Seven of these awards were at ‘Outstanding’ level.  Scholarships are reserved for the top 3 percent of Year 13 students across New Zealand in each subject area with ‘Outstanding’ scholarships awarded to the top 0.3 percent of Year 13 students.  Paraparaumu College’s 2015 Dux, Josh Lamb, gained six Scholarship awards in Japanese, Chemistry, Physics, Statistics (Outstanding),  Calculus and Drama.  Four Year 12 students also won Scholarship awards.  They were Baylee Longstaff (PE), Ozzman Symes-Hull (English), Nico Maguire (Drama) and Maddie Adams (Drama).  Remarkably, Jared Parker, also from Year 12, gained an ‘Outstanding’ Scholarship in Physical Education, placing him in the top handful of students in Year 13 PE, nationally.  Paraparaumu College’s Scholarships were awarded in eleven different subjects but of particular note were the results from Physical Education where a total of eleven scholarships were won, with five of these at the ‘Outstanding’ level.  Congratulations to all of our students and teachers whose hard work and critical thinking has led to these wonderful results.